To celebrate the Magic of Christmas, Coca-Cola produced the short "Bridge for Santa", the story of Matias, a boy who united a whole town around his dream of meeting Santa Claus. To make this experience much more special and immersive, Coca-Cola produced a 360º animation that puts the user in the center of the story, where he can use Matias' point of view to explore different angles and side-stories from the moment the Coca-Cola Caravan comes to town, until his meeting with Santa.

This animation becomes a VR experience when viewed with Google's VR Cardboard developed in a partnership with Google. 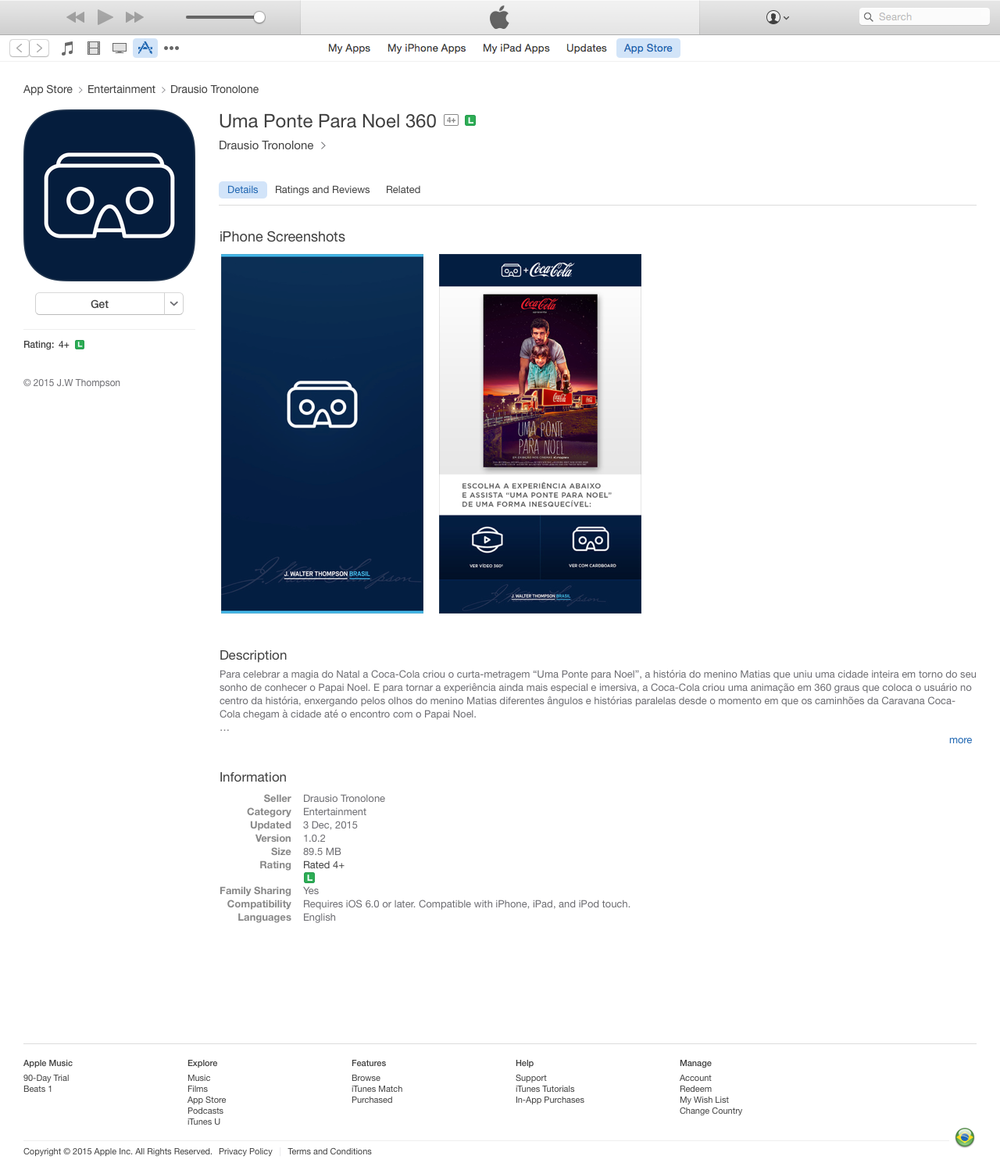 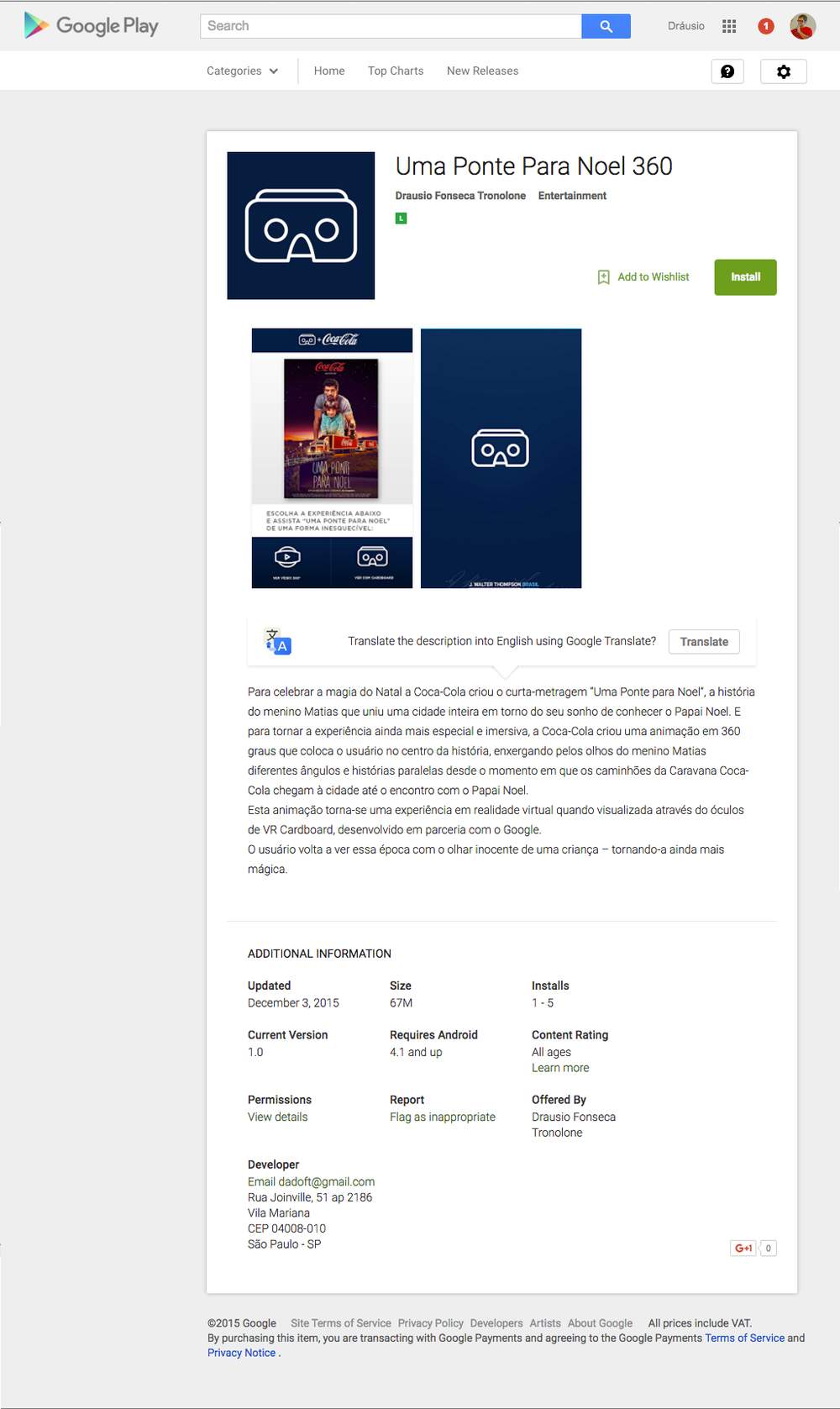